Bitcoin, is the first decentralized cryptocurrency and the most popular cryptocurrency today (in 2021). Cryptocurrency is a virtual currency or a digital currency- a type of money that is completely virtual. It’s like an online version of cash. People can send Bitcoins to your digital wallet, and you can send Bitcoins to other people. It is a trending way of investment.
Since the release of bitcoin, other cryptocurrencies have been created, such as Ethereum (ETH), Litecoin (LTC), Cardano (ADA), Polkadot (DOT), Bitcoin Cash (BCH), Tether (USDT).

Even though its origin and the person behind Bitcoin’s creation is still a mystery, most common belief is, it is implemented by the presumed pseudonymous Satoshi Nakamoto, who integrated many existing ideas from the cypherpunk community. Over the course of bitcoin’s history, it has undergone rapid growth to become a significant currency both on- and offline. From the mid 2010s, some businesses began accepting bitcoin in addition to traditional currency. Bitcoin is a cryptocurrency, a digital asset designed to work as a medium of exchange that uses cryptography to control its creation and management, rather than relying on central authorities. 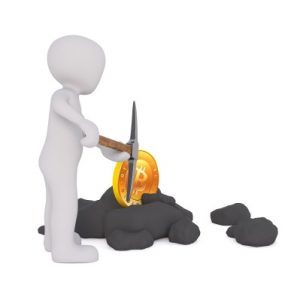 What is a Bitcoin and how does it work? 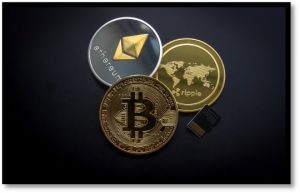 Bitcoin is a decentralized digital currency that you can buy, sell and exchange directly, without an intermediary like a bank. Bitcoin’s creator, Satoshi Nakamoto, originally described the need for “an electronic payment system based on cryptographic proof instead of trust.”

How does Bitcoin make money? 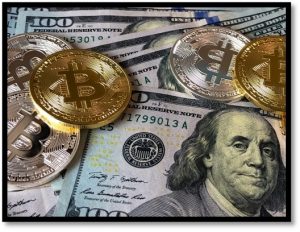 By mining, you can earn cryptocurrency without having to put down money for it. Bitcoin miners receive Bitcoin as a reward for completing “blocks” of verified transactions which are added to the blockchain. This reward is cut in half every 210,000 blocks mined, or, about every four years.

Miners are getting paid for their work as auditors. They are doing the work of verifying the legitimacy of Bitcoin transactions. By verifying transactions, miners are helping to prevent the “double-spending problem.” Double spending is a scenario in which a bitcoin owner illicitly spends the same bitcoin twice.

Once miners have verified 1 MB (megabyte) worth of bitcoin transactions, known as a “block,” those miners are eligible to be rewarded with a quantity of bitcoin.

Note that verifying 1 MB worth of transactions makes a coin miner eligible to earn bitcoin—not everyone who verifies transactions will get paid out.1MB of transactions can theoretically be as small as one transaction (though this is not at all common) or several thousand. It depends on how much data the transactions take up.

Like in real life, your wallet must be secured. Bitcoin makes it possible to transfer value anywhere in a very easy way and it allows you to be in control of your money. Every transaction is recorded publicly so it’s very difficult to copy Bitcoins, make fake ones or spend ones you don’t own.

On the other hand, it is also possible to lose your Bitcoin wallet or delete your Bitcoins and lose them forever. Further its price is extremely volatile. It means the value could drop significantly at any moment and investors could lose a lot of money.

What are Cryptocurrency SCAMS?