The history of Bitcoin started with the invention and was implemented by the presumed pseudonymous Satoshi Nakamoto, who integrated many existing ideas from the cypherpunk community. Over the course of bitcoin’s history, it has undergone rapid growth to become a significant currency both on- and offline. From the mid 2010s, some businesses began accepting bitcoin in addition to traditional currency. Bitcoin is a cryptocurrency, a digital asset designed to work as a medium of exchange that uses cryptography to control its creation and management, rather than relying on central authorities.

Zoom app security settings you can set (In meetings)

A Critical Security Flaw Found on all VMware vCenter Servers

A critical remote code execution bug was found in VMware vCenter Server 6.5, 6.7, and 7.0, according to VMware’s security advisory. The vulnerability rated with a CVSSv3 base score of 9.8 out of 10 is being tracked as CVE-2021-21985.
https://www.hithawathi.lk/a-critical-security-flaw-found-on-all-vmware-vcenter-servers/

According to an interview with WABetaInfo, in the coming months, WhatsApp on iPad might be supported because of the multi-device feature.
https://www.thestatesman.com/technology/whatsapp-to-let-user-access-account-from-4-linked-devices-reports-1502970735.html

Microsoft to reveal its next generation of Windows

Microsoft is planning to detail its “next generation of Windows” at an event later this month. The software giant has started sending invites to media for a Windows event on June 24th. Both Microsoft CEO Satya Nadella and chief product officer Panos Panay will be presenting at the Windows event. Microsoft’s Windows event will start at 11AM ET / 8AM PT on June 24th.
https://www.theverge.com/2021/6/2/22465126/microsoft-windows-event-june-24th

A crackdown on financial cybercrime across Asia has resulted in $83 million sent by victims to criminals being intercepted.

In total, $83 million was intercepted over the course of six months before the victims of these scams sent all of the requested funds to cybercriminals.
https://www.zdnet.com/article/asian-cybercrime-takedown-leads-to-intercept-of-83-million-in-financial-theft/

Getting Bullied By Chatting 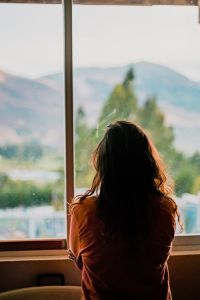 Ms. Nanayakkara, who is 35 years old and unmarried, works for a private bank as a manager. One day she got a message through Facebook Messenger from a male Psychological Lecturer who is currently working in a Sri Lankan University.

She never had any doubt about this person or his position because his chats looked like of a professional counselor.

The conversation between the said counselor and Ms. Nanayakkara happened in a very fruitful manner and both of them became friendly too. Ms. Nanayakkara was used to getting advices from him because he was well-experienced in the field of lecturing and counselling. She trusted his advice.

While chatting, this lady got to know that his approach was gradually getting off the track.

The Defenders is a behind-the-scenes look at four famous cyber attacks and the incredible people tasked with keeping institutions safe from ever-evolving cyber threats.

The Solar Energy Technologies Office (SETO- US based government body) supports research and development projects that increase the efficiency and lifetime of hybrid organic-inorganic perovskite solar cells that speed the commercialization of perovskite solar technologies and decrease manufacturing costs.

An awareness session of Hithawathi was held on 01st – 3rd June 2021, during the Website designing – Joomla Training Programme – for 45 students and the teachers of five educational zones (Puttalm, Kurunegala, Gampola, Kandy and Hatton) organized by Webcomms Global