A computer virus is a small program that can spread from one computer to another and can even affect a computer’s operations. Such viruses can modify or destroy any data stored on a computer. Most viruses nowadays are executable files that attach themselves to emails and spread from one computer to another. Once executed or opened, these viruses will spread to other applications or computers.

Multiple vulnerabilities, also named “BadAlloc” have been reported in various IoT and OT devices that could allow an attacker to execute arbitrary code or cause a denial of service conditions
https://www.cert.gov.lk/view?lang=en&articleID=176

Most mobile app users tend to blindly trust that the apps they download from app stores are safe and secure. But that isn’t always the case.
https://thehackernews.com/2021/05/over-40-apps-with-more-than-100-million.html

Google and Mozilla will bake HTML sanitization into their browsers

Engineers at Google, Mozilla, and security firm Cure53 have come together to develop an application programming interface (API) that provides a systematic solution to HTML sanitization.
https://portswigger.net/daily-swig/google-and-mozilla-will-bake-html-sanitization-into-their-browsers

In November last year, Google announced that it would no longer offer unlimited free storage for “high quality” photos on Google Photos starting June 1, 2021. At the time, the company had revealed that it would limit free storage on Google Photos to 15GB, and users would have to pay for a monthly Google One subscription for any additional storage. Since photos and videos uploaded to Google Photos before the deadline won’t count towards the new 15GB limit, you should probably upload all your precious memories right away and avoid paying for the Google One subscription.
https://www.xda-developers.com/google-photos-unlimited-free-storage-expires-next-month/

Facebook has received plenty of criticism over the past few years, partially because the company has a near-monopoly on messaging and social networks in some countries, and also due to Facebook’s abhorrent track record with user privacy and data.
https://www.xda-developers.com/facebook-messenger-instagram-encrypted-by-default-2022/ 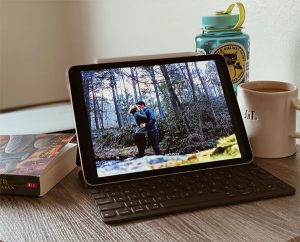 Two years ago, Renu separated from her husband due to family issues between them and she had to fight alone to bring up her child. Later on she decided to go abroad for a job leaving her child with the grandmother.

As days passed she became a permanent employee of the same company with all her efforts. This enabled her to send money home for her child’s needs. After a long time, she felt happy with everything she achieved by herself. However, gradually she understood that it was not possible to have her mother’s support to look after her child continuously as her mother was getting sick from time to time due to her age.

Meanwhile, she created a Facebook account to keep in touch with her friends and relatives. She uploaded nice stunning images of hers publicly to show everyone that her life was moving on. This impression made even unknown people to follow her profile. As a result, daily she got Friend Requests from all over.

An actress refuses to have dinner with a fan who won a date with her in an Internet contest. In return, a man posing as her campaign manager, helps the winner to follow in the footsteps of the actress from his own computer.

An infrared camera (also known as a thermal imager) detects and measures the infrared energy of objects. The camera converts that infrared data into an electronic image that shows the apparent surface temperature of the object being measured. An awareness session of Hithawathi was held on 27th March 2021 at Galle Face Hotel during the workshop on ‘Cyber Crimes’, hosted by APIIT Lanka in collaboration with USAID for 60 Law students.